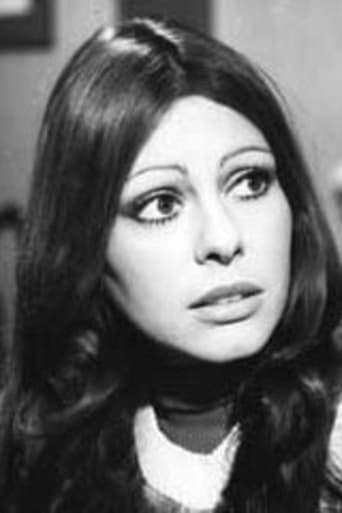 Mirta Teresita Massa was a fashion model who graced the cover of Gente and other magazines. She eventually won the title of Miss Argentina, and then Miss International in 1967, becoming only the second Latin American to do so. She not only gained some exposure in the U.S., appearing on The Joey Bishop Show and other programs, but also became a celebrity in her home country. More higher profile modeling gigs, ad campaigns and even some acting roles followed. In 1971, American filmmakers Jack Bravman and Michael and Roberta Findlay traveled to Argentina to make a film influenced by the Manson Family murders. Mirta landed the lead role in that, playing an actress who finds herself involved with murders and a blood cult. New gore footage was eventually tacked on so it could be re-released as Snuff in 1976, which became infamous (and a hit) after marketing itself as a genuine snuff film. After retiring from acting and modeling, Mirta became a successful painter. She was romantically linked to singer Julio Iglesias, tennis player Guillermo Vilas and boxer Víctor Galíndez. She married twice, once to a doctor and then to Spanish nobleman Tristán Morenés, one of the leaders of Repsol in Argentina.