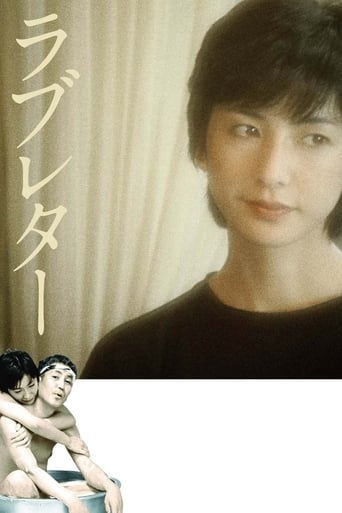 Love Letter is a movie which was released in 1981 Directing Yōichi Higashi, and was released in languages 日本語 with a budget estimated at and with an IMDB score of 0.0 and with a great cast with the actors Noboru Mitani Noboru Nakaya Ken Nishida . Yuko is in love with an old poet who happens to be also a married man. She waits patiently for him and only him, yet she is constantly being lust by others.