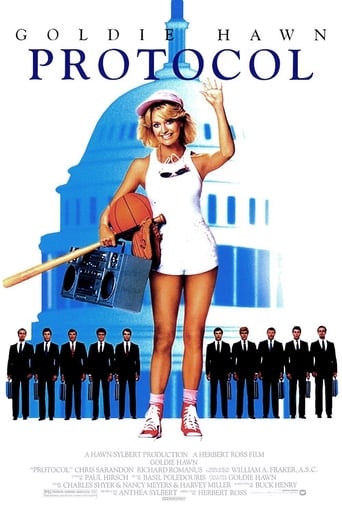 Protocol is a movie which was released in 1984 Directing Herbert Ross, and was released in languages Español | English with a budget estimated at and with an IMDB score of 5.6 and with a great cast with the actors Al Leong Goldie Hawn Chris Sarandon . Sweet, unsophisticated Sunny is working as a cocktail waitress. She saves a visiting dignitary and as a reward she gets a top-office job in the Washington beehive. She has to fight against a devious protocol officer but with her charms, she saves the day when she gets involved in an arms deal with an Arab country