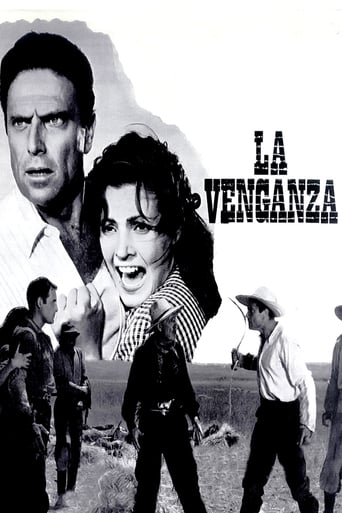 Vengeance is a movie which was released in 1958 Directing Juan Antonio Bardem, and was released in languages Español with a budget estimated at and with an IMDB score of 6.0 and with a great cast with the actors Manuel Alexandre Raf Vallone Jorge Mistral . After spending ten years in prison for a crime he did not commit, John is free. He is determined to kill Luis "The Twisted", which believes that is the blame for his misfortunes, but as he needs money, he has no choice than to work for their enemy.