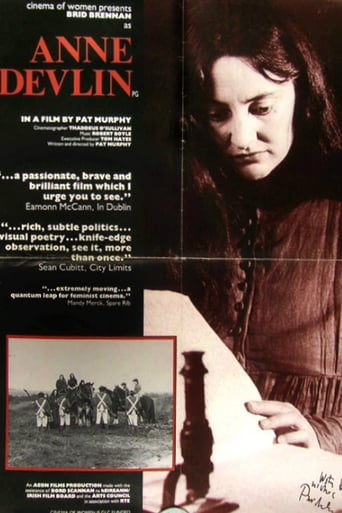 Anne Devlin is a movie which was released in 1984 Directing Pat Murphy, and was released in languages en with a budget estimated at and with an IMDB score of 0.0 and with a great cast with the actors Noel O'Donovan Des McAleer Ian McElhinney . The story of Anne Devlin, who was caught up in the revolt of the Irish under Robert Emmett in 1803, told exclusively from the woman's point of view.