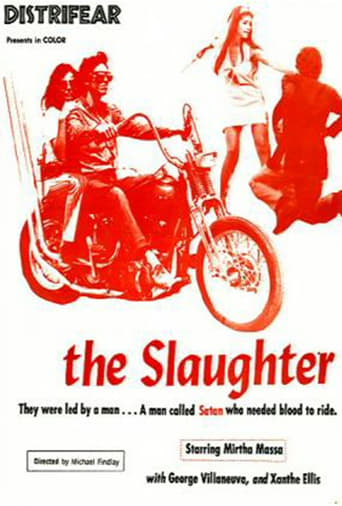 The Slaughter is a movie which was released in 1971 Directing Michael Findlay, and was released in languages Español | English with a budget estimated at and with an IMDB score of 0.0 and with a great cast with the actors Mirtha Massa Margarita Amuchástegui Roberta Findlay . A famous movie star filming on location in Buenos Aires becomes involved with a Manson-like cult. Years after this flopped at the box office, it was purchased by Michael Findlay and became the backbone for the notorious film Snuff (1975).