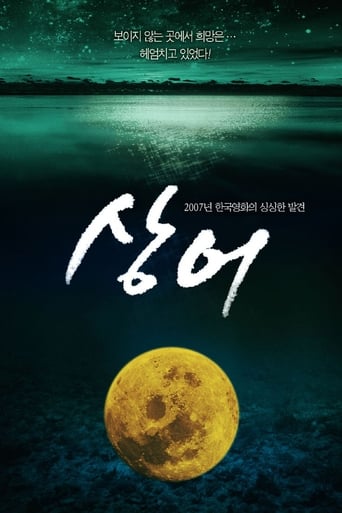 A Shark is a movie which was released in 2007 Directing Kim Dong-hyun, and was released in languages 한국어/조선말 with a budget estimated at and with an IMDB score of 5.0 and with a great cast with the actors Kim Mi-Ya Hong Seung-Il Ku Sung-hwan . A fisherman, Young-Chul, who lives on an island, arrives at a city in the hot summer to show a white shark to his friend, Joon-Goo. Joon-Goo who is busy gambling somewhere does not show up, and the shark in Young-Chul’s bag is going bad. Yoo-Soo, who Young-Chul ran into at a park is released from prison and wandering from street to street not knowing where he can find his house. A crazy woman, Eun-Suk praying for rain in the middle of the park under glaring sunshine starts to chase Young-Chul and Yoo-Soo. She thinks the stink of the rotting shark is her dead baby’s smell.