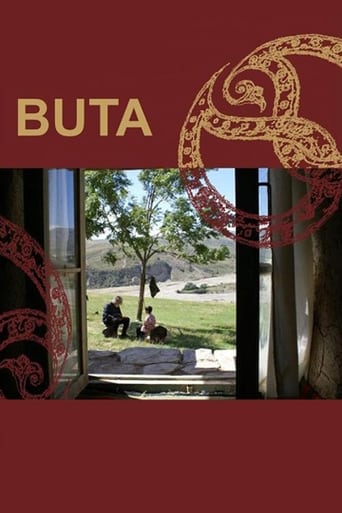 Buta is a movie which was released in 2011 Directing Ilgar Najaf, and was released in languages Azərbaycan with a budget estimated at and with an IMDB score of 0.0 and with a great cast with the actors Rafig Azimov Elnur Karimov Suleyman Najafov . "Buta" is the story of a lonely 7-year old boy (named Buta), who lives in a mountain village with his grandmother. He is befriended by an old man, a liquid soap merchant who once loved (and lost) Buta's grandmother. The old man's friendship and wise advice helps Buta to overcome his difficulties in life. Buta's grandmother, in the meantime, is weaving a special carpet in memory of Buta's mother. The carpet features a special pattern (also called "Buta"), which represents love. The boy is inspired by his grandmother's work, and decides to make his own "buta" made of rocks and stones, high on the top of the mountain...