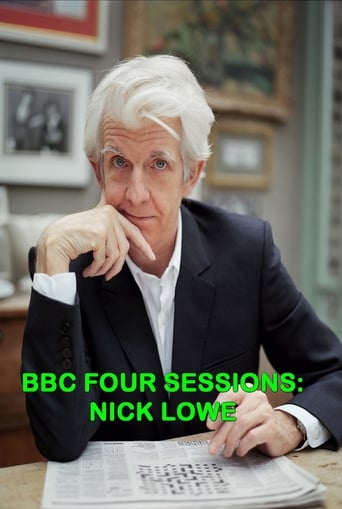 Nick Lowe: BBC Four Sessions is a movie which was released in 2007 Directing and was released in languages English with a budget estimated at and with an IMDB score of 0.0 and with a great cast with the actors Nick Lowe . At East London's LSO St Luke's, singer-songwriter Nick Lowe performs a set comprising of familiar songs from his long and illustrious career alongside new songs from his latest album At My Age. He's joined by a specially assembled band including longtime cohorts Robert Treherne on drums and Geraint Watkins on keys, plus a horns section featuring legendary bandleader and trombonist Chris Barber.