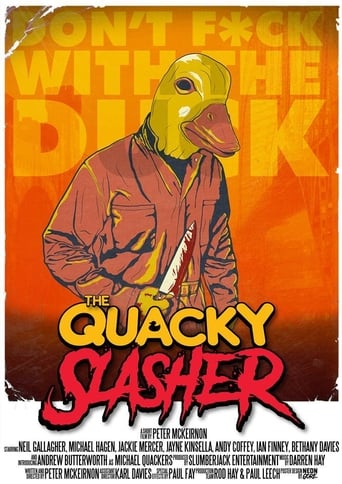 The Quacky Slasher is a movie which was released in 2017 Directing and was released in languages English with a budget estimated at and with an IMDB score of 0.0 and with a great cast with the actors Michael Hagan Neil Gallagher Andrew Butterworth . Michael Quackers has spent 20 years in a psychiatric ward. Returning home to fight the criminal underbelly of his town, Michael must become the one thing that scares him most if he is to succeed. He must become - A duck.