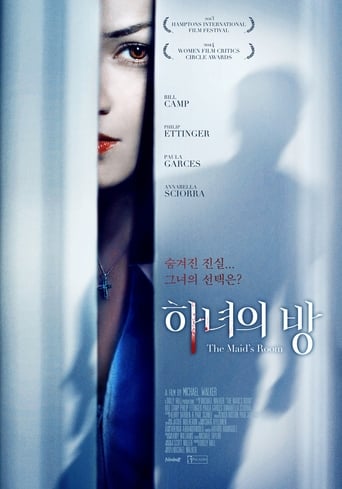 The Maid's Room is a movie which was released in 2014 Directing Michael Walker, and was released in languages English with a budget estimated at and with an IMDB score of 5.4 and with a great cast with the actors Annabella Sciorra Bill Camp John Brodsky . Drina, a young immigrant working as a live-in maid for a wealthy Long Island family, finds herself entangled in the family's web of dark secrets once she begins to suspect her employer's son has committed a terrible crime.