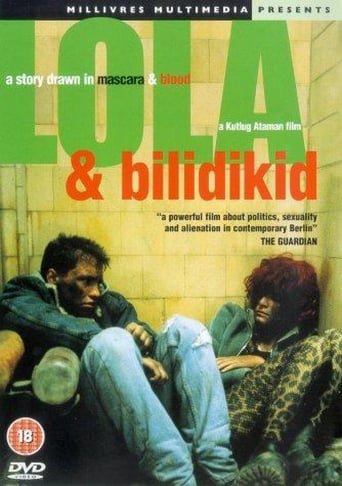 Lola and Billy the Kid is a movie which was released in 1999 Directing Kutluğ Ataman, and was released in languages Deutsch | Türkçe with a budget estimated at and with an IMDB score of 6.7 and with a great cast with the actors Axel Pape Erdal Yildiz Inge Keller . 17-year old Murat from Turkey, living in Berlin, Germany, slowly discovers his homosexuality. His older brother Osman, head of the family since the father's death, wants him to finally lose his virginity with a woman and thus causes Murat to run away. In a bar, Murat meets Lola, who has some things to tell about him. He also meets Bilidikid, Lola's man, who thinks that Murat might have thrown an eye on Lola. But the truth about Lola, Murat and his family is far worse that anyone could have expected.