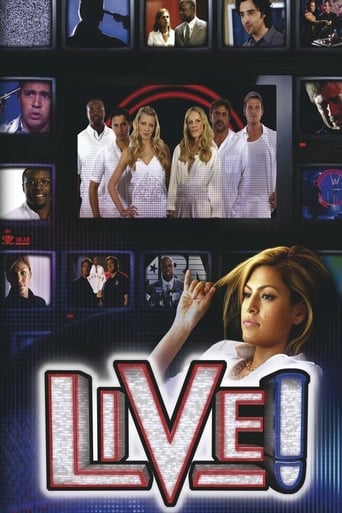 Live! is a movie which was released in 2007 Directing Bill Guttentag, and was released in languages English with a budget estimated at and with an IMDB score of 5.8 and with a great cast with the actors David Krumholtz Monet Mazur Katie Cassidy . A mockumentary following an ambitious TV network executive trying to produce a controversial reality show where contestants play Russian Roulette