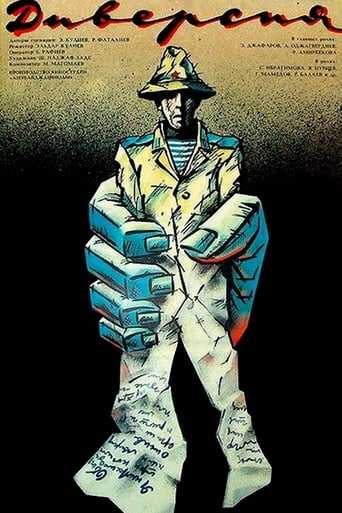 The Diversion is a movie which was released in 1989 Directing Eldar Guliyev, and was released in languages Azərbaycan with a budget estimated at and with an IMDB score of 0.0 and with a great cast with the actors Latifa Aliyeva Rita Amirbeyova Safura Ibrahimova . After fulfilling his duty in Afghan War, Zaur returns to his home Baku. He is trying to clarify the truth when he heard that his father was arrested.