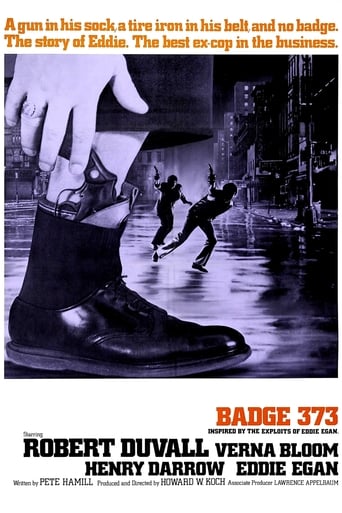 Badge 373 is a movie which was released in 1973 Directing Howard W. Koch, and was released in languages English with a budget estimated at and with an IMDB score of 5.3 and with a great cast with the actors Henry Darrow Robert Duvall Verna Bloom . When his partner is killed, tough Irish detective Eddie Ryan (Robert Duvall) vows to avenge the death, whatever the cost. As he begins unraveling clues, his behavior becomes so outrageous that he's obliged to turn in his badge, but the experience only emboldens him. Ryan eventually learns that his partner was caught up in a Puerto Rican gun-running scheme masterminded by a crook named Sweet Willie (Henry Darrow), who wants to foment revolutionary war.