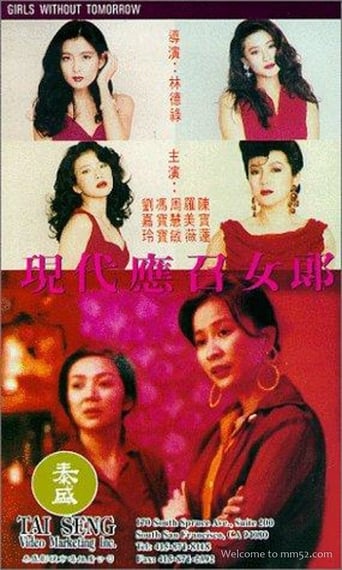 Girls Without Tomorrow is a movie which was released in 1992 Directing David Lam, and was released in languages 广州话 / 廣州話 with a budget estimated at and with an IMDB score of 0.0 and with a great cast with the actors Ekin Cheng Waise Lee Carina Lau . "Girls Without a Future" - About five escort girls in misery. Hung is getting to old for the job. Her daughter Ling follow in her footsteps. Wah is Hung's foster daughter. A hot tempered dancer at a night club. Eva is the glamorous top model escort.