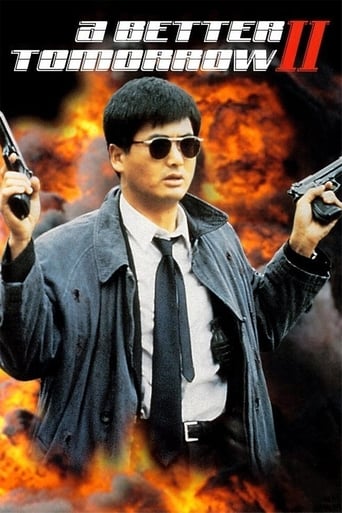 A Better Tomorrow II is a movie which was released in 1987 Directing John Woo, and was released in languages 广州话 / 廣州話 | English | Italiano | 普通话 with a budget estimated at and with an IMDB score of 7.2 and with a great cast with the actors Ti Lung Leslie Cheung Chow Yun-Fat . A restaurant owner his ex-con brother and a policeman team up to avenge the murder of his old friends daughter by the Triad.