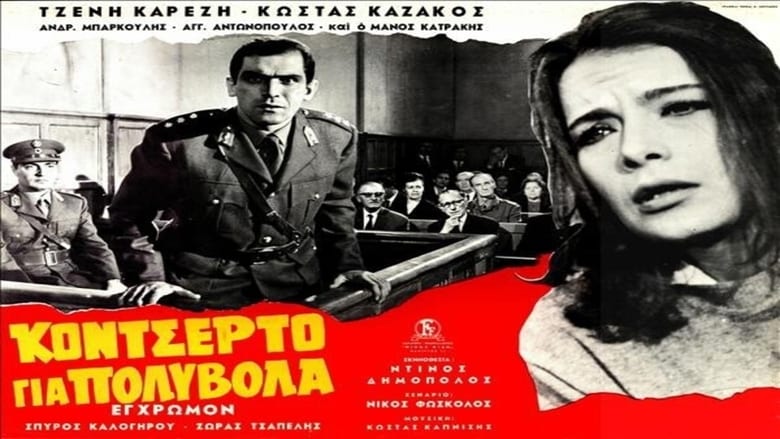 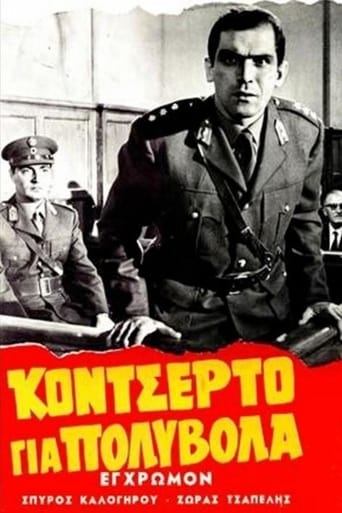 Κοντσέρτο για πολυβόλα is a movie which was released in 1967 Directing Dinos Dimopoulos, and was released in languages ελληνικά with a budget estimated at and with an IMDB score of 6.0 and with a great cast with the actors Jenny Karezi Kostas Kazakos Manos Katrakis . Athens, shortly before the outbreak of World War II and an Army General Staff official, Niki (Jenny Carezis), is charged with channeling confidential documents to an Italian agent. The category is right. The girl was blackmailing herself with the life of her brother studying in Italy. She does not make any effort to defend herself and is indifferent if she is sentenced to death, but she accepts the cooperative proposal proposed by General Darius, that is to continue to channel secret documents to the Italians, but now they are deliberately made to deceive the enemy . The whole case is also involved with a captain, Theodorou, who is in love with Niki. Theodorou is arrested for misappropriation of documents and goes through a military court where he is sentenced to demolition and death. Certainly, his execution was fictitious, and on the day Greek troops enter Korça, he is shown alive to Niki, which does not hide her surprise.