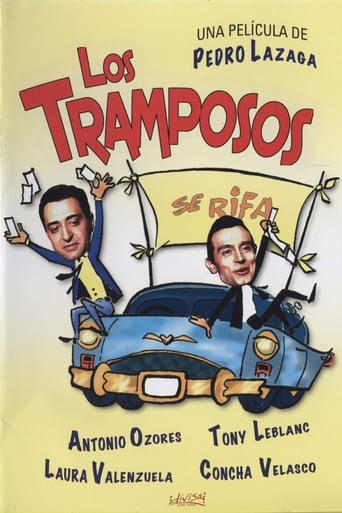 Los tramposos is a movie which was released in 1959 Directing Pedro Lazaga, and was released in languages Español with a budget estimated at and with an IMDB score of 6.4 and with a great cast with the actors Tony Leblanc Antonio Ozores José Luis López Vázquez . Two guys live without working quite well using thousands of tricks and fakes. But they soon change their attitudes when love arrives at their hearts.