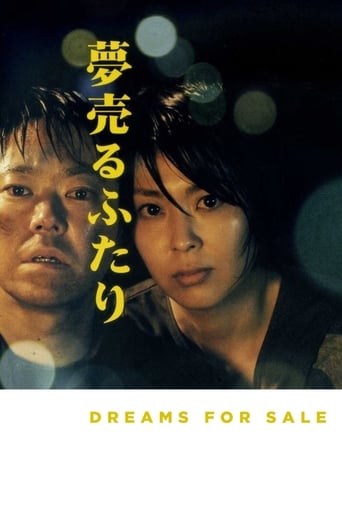 Dreams for Sale is a movie which was released in 2012 Directing Miwa Nishikawa, and was released in languages 日本語 with a budget estimated at and with an IMDB score of 6.6 and with a great cast with the actors Teruyuki Kagawa Takako Matsu Tamae Andô . After losing their restaurant in a fire, a husband and wife come up with a strange plan to rebuild their shattered finances: marrying the husband off to a series of lonely women and defrauding them.