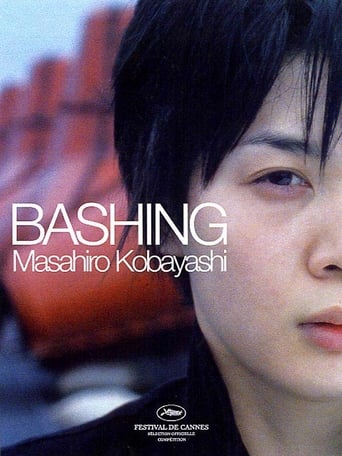 Bashing is a movie which was released in 2005 Directing Masahiro Kobayashi, and was released in languages 日本語 with a budget estimated at and with an IMDB score of 6.4 and with a great cast with the actors Teruyuki Kagawa Fusako Urabe Nene Otsuka . Yuko is a Japanese girl who was taken hostage in Iraq while volunteering there as an aid worker. Finally released and back in her hometown, Yuko finds herself ostracized as a national disgrace by society that sees her helping a country other than Japan, and the embarrassment of getting captured but not killed, as things of which to be brutally ashamed.