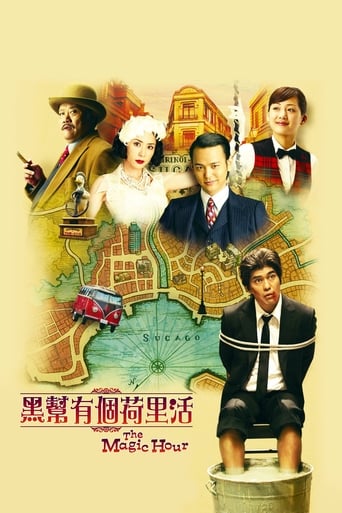 The Magic Hour is a movie which was released in 2008 Directing Koki Mitani, and was released in languages 日本語 with a budget estimated at and with an IMDB score of 7.0 and with a great cast with the actors Teruyuki Kagawa Satoshi Tsumabuki Haruka Ayase . A hustler who gets in trouble with a gang boss in the port town of Sukago agrees to make good with the don by putting him in contact with a mysterious hitman -- an assassin the hustler has no idea how to contact. Instead, he hires an actor to play the role, though the thespian has no idea what he's getting into.