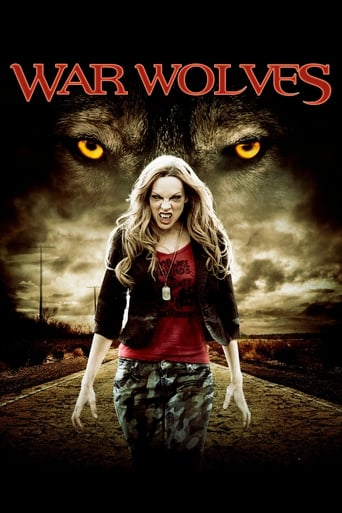 War Wolves is a movie which was released in 2009 Directing Michael Worth, and was released in languages English with a budget estimated at $500,000 and with an IMDB score of 3.1 and with a great cast with the actors John Saxon Adrienne Barbeau Art LaFleur . Jack Ford leads a special forces unit back to the United States to hunt down Jake Gabriel, a soldier who has been infected with the werewolf virus that turns man into wolf. Little does Jack know that three of the female soldiers serving in his unit have also been infected and have already transformed into she-wolves. The she-wolves' forces of evil and Ford's special op forces of good, are pitted against each other in the race to save mankind from turning into wolves.