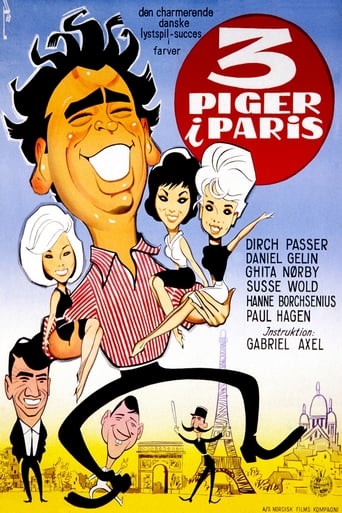 Three Girls in Paris is a movie which was released in 1963 Directing Gabriel Axel, and was released in languages Dansk | Français with a budget estimated at and with an IMDB score of 5.3 and with a great cast with the actors Gabriel Axel Daniel Gélin Ghita Nørby . Three girls in Paris is the story of three Danish girls (Ghita Nørby, Susse Wold and Hanne Borchsenius) traveling to Paris, but after having placed suitcase and money on the hotel and takes off in the city, they forget what it's called and where it is located. They are helped by a Parisian taxi driver, and meets a series of typical French.