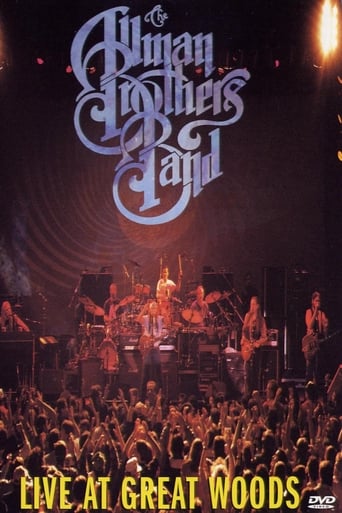 The Allman Brothers Band: Live at Great Woods is a movie which was released in 1991 Directing Martin Pitts, and was released in languages English with a budget estimated at and with an IMDB score of 4.3 and with a great cast with the actors Gregg Allman Warren Haynes Dickey Betts . Recorded in the September of 1991, originally for Japanese TV, The Allman Brothers Band's beloved "Live at Great Woods" showcases the classic American rock band reaching a new generation of audiences. Original band members Gregg Allman, Dickey Betts, Butch Trucks and Jaimoe were joined by new guitarist Warren Haynes, bassist Allen Woody and percussionist Marc Quinones in one of the most powerful lineups in the group's history.