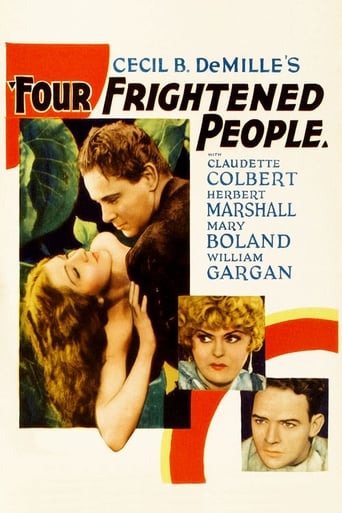 Four Frightened People is a movie which was released in 1934 Directing Cecil B. DeMille, and was released in languages English | Bahasa melayu with a budget estimated at and with an IMDB score of 6.4 and with a great cast with the actors Mary Boland Claudette Colbert William Gargan . Malaya tropical island romantic love triangle adventure thriller, about a cruise ship where Bubonic plague breaks out. Four people are able to leave the ship in a tiny boat and make it to a desert island, where many adventures ensue and, of course, the two men fight over the beautiful young schoolteacher who is with them.