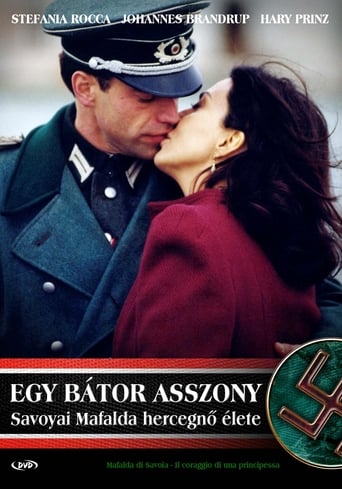 Mafalda of Savoy is a movie which was released in 2006 Directing Maurizio Zaccaro, and was released in languages Italiano | Magyar with a budget estimated at and with an IMDB score of 8.0 and with a great cast with the actors Johannes Brandrup Stefania Rocca Franco Castellano (II) . The story of Mafalda is like the one of Cinderella, just the other way round. The dramatic real story of a Italian princess, born and raised in the comforts of a golden court, who will be forced by war to share the fate of ordinary people in a concentration camp. Mafalda di Savoia was chosen to represent the decline of nobility and the errors of war, which separate and destroy even noble families. Mafalda is a victim of political strategies that overlook her, and her tragic death shows the levelling power of war, that forces poor and rich alike to share the same destiny.