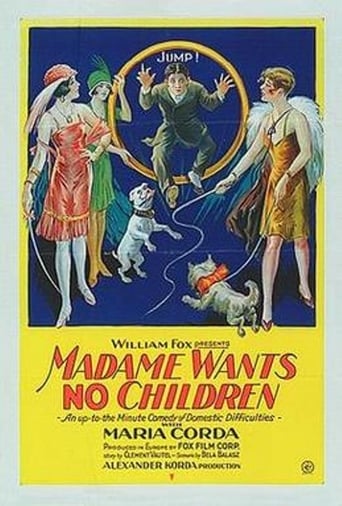 Madame Wants No Children is a movie which was released in 1926 Directing Alexander Korda, and was released in languages No Language with a budget estimated at and with an IMDB score of 0.0 and with a great cast with the actors María Corda Harry Liedtke Camilla Horn .