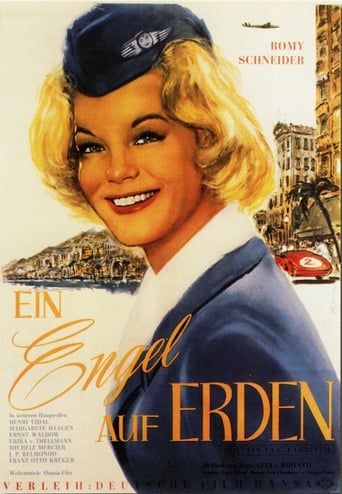 An Angel on Wheels is a movie which was released in 1959 Directing Géza von Radványi, and was released in languages Deutsch | Français | English with a budget estimated at and with an IMDB score of 5.8 and with a great cast with the actors Erika von Thellmann Romy Schneider Michèle Mercier . This romantic comedy pairs Romy Schneider with French star Henry Vidal, and they make quite a sweet couple in this love story. Schneider plays Vidal's guardian angel who tries to convince him not to marry his rich but mean fiance, but rather fall in love with a stewardess who is secretly in love with him. Things are beginning to become complicated when Schneider herself is robbed of her angelic powers and seems to fail in her mission.