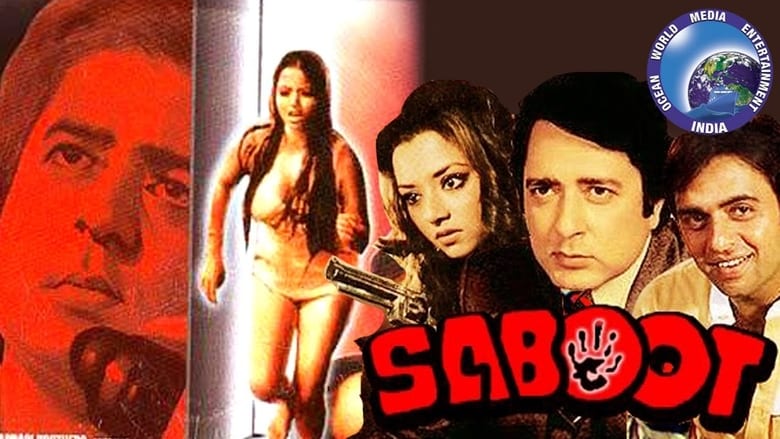 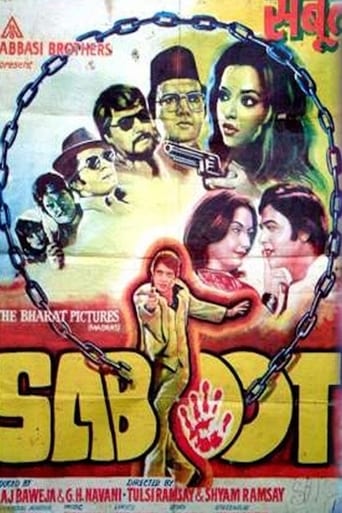 Saboot is a movie which was released in 1980 Directing Shyam Ramsay, Tulsi Ramsay, and was released in languages हिन्दी with a budget estimated at and with an IMDB score of 4.5 and with a great cast with the actors Navin Nischol Prem Chopra Vidya Sinha . Seth Dharamdas(Trilok Kapoor) is a wealthy businessman. Dharamdas decides to sell one of his factories to Dhanraj(Prem Chopra). Dhanraj tells this to Ajit Roy(Om Shivpuri), his partner, who has plans of his own. However, circumstances make Dharamdas change his mind and he decides to cancel this deal. Dhanraj doesn't want this deal be cancelled and hence bribes Dharamdas's trusted employees into killing him. The quartet corner Dharamdas in a train and kill him after they get his sign over some crucial papers. They dispose off the dead body, making people think that Dharamdas has gone missing. But when the matter cools down, the villains start dying under mysterious circumstances. The investigation is handed over to the police. But is the killer a human, or has Dharamdas returned to exact his revenge?