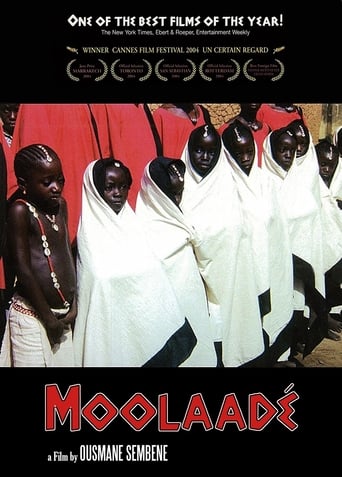 Moolaadé is a movie which was released in 2004 Directing Ousmane Sembène, and was released in languages Bamanankan | Français with a budget estimated at and with an IMDB score of 6.7 and with a great cast with the actors Théophile Sowié Fatoumata Coulibaly Maimouna Hélène Diarra . When a woman shelters a group of girls from suffering female genital mutilation, she starts a conflict that tears her village apart.