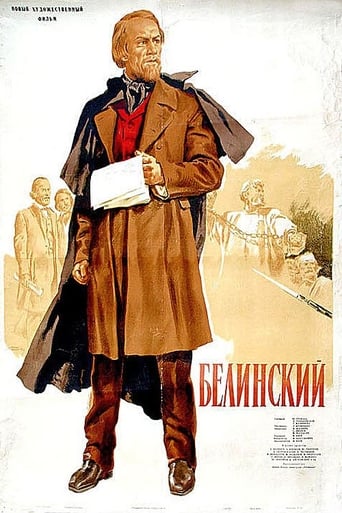 Belinsky is a movie which was released in 1953 Directing Grigori Kozintsev, and was released in languages Pусский with a budget estimated at and with an IMDB score of 6.0 and with a great cast with the actors Yuriy Tolubeev Sergei Kurilov Aleksandr Borisov . A biopic based on the life of Russian literary critic Vissarion Belinsky (1811–1848). The production of the film was completed in 1951, but it was not released until 1953, following the reshooting of various scenes demanded by Stalin.