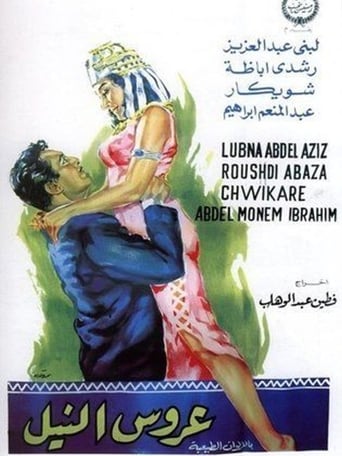 Bride of the Nile is a movie which was released in 1963 Directing Fatin Abdel Wahab, and was released in languages العربية with a budget estimated at and with an IMDB score of 0.0 and with a great cast with the actors Abdel Moneim Ibrahim Rushdy Abaza Shouweikar . When an oil engineer starts digging for oil in Luxor he disturbs the spirits of ancient Egyptians buried there. A spirit, Last Bride of the Nile, is sent to get him to stop the drilling.