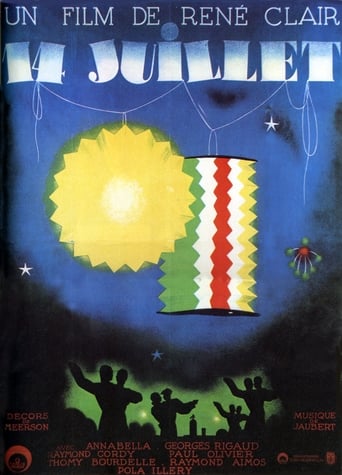 July 14 is a movie which was released in 1933 Directing René Clair, and was released in languages Français with a budget estimated at and with an IMDB score of 5.5 and with a great cast with the actors Thomy Bourdelle Annabella George Rigaud . A light, comedy romance about a cab driver named Jean and a flower girl named Anna that takes place in Paris during the Bastille day celebration of July 14th.