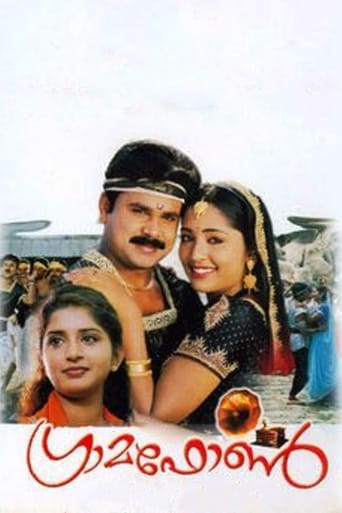 Gramophone is a movie which was released in 2002 Directing Kamal, and was released in languages with a budget estimated at and with an IMDB score of 6.8 and with a great cast with the actors Dileep Salim Kumar Bindu Panicker . Sachidanandan (Dileep) runs an antique shop in the Jewish street at Kochi. He is famous for old Gramophone records. Sachi hates music, as he believes that his father has not made any money out of it. Aryadevi, a famous singer, who has been given her first break by Raveendran, comes to Kochi from Bombay with her daughter Pooja (Navya Nair).