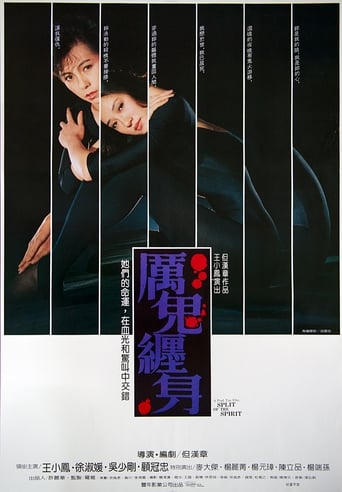 Split of the Spirit is a movie which was released in 1987 Directing Fred Tan, and was released in languages 普通话 with a budget estimated at and with an IMDB score of 7.0 and with a great cast with the actors Cynthia Khan Pauline Wong Siu-Fung Chui Suk-Woon . A ghost takes over a dancer's body in order to find those who killed her, and thus her revenge.