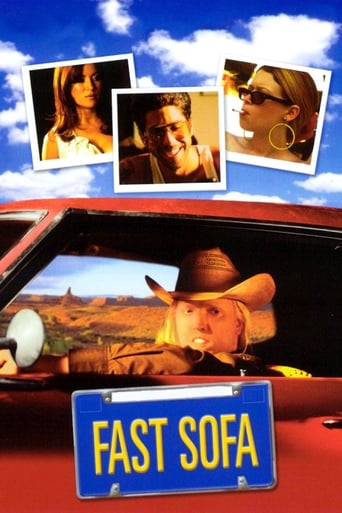 Fast Sofa is a movie which was released in 2001 Directing Salomé Breziner, and was released in languages English with a budget estimated at and with an IMDB score of 4.4 and with a great cast with the actors Bijou Phillips Eric Roberts Jake Busey . This road picture follows a dope fiend named Rick, who believes his goal in life is to track down Ginger, a famous porn star who is currently staying in her Beverly Hills hideaway. Rick is obsessed with Ginger, watches her movies obsessively, and deals drugs on the side, all to the chagrin of his lover Tamara. He decides to seek out Ginger via the road, and along the way picks up Jules, a neurotic, virginal type. Written by Jason Clark