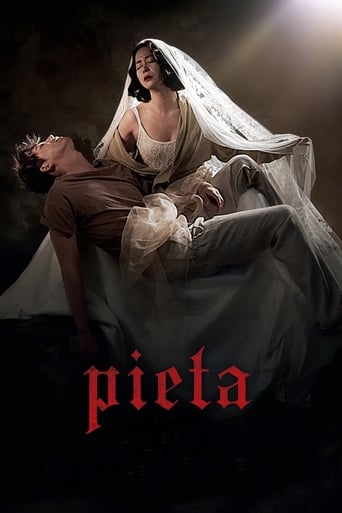 Pieta is a movie which was released in 2012 Directing Kim Ki-duk, and was released in languages 한국어/조선말 with a budget estimated at $103,000 and with an IMDB score of 7.2 and with a great cast with the actors Lee Jung-Jin Cho Min-soo Woo Ki-Hong . A loan shark is forced to reconsider his violent lifestyle after the arrival of a mysterious woman claiming to be his long-lost mother.