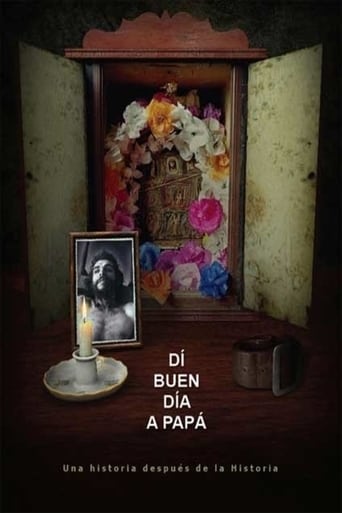 Di buen día a papá is a movie which was released in 2005 Directing Fernando Vargas, and was released in languages Español with a budget estimated at and with an IMDB score of 4.0 and with a great cast with the actors Soledad Ardaya Lisa Areno Elia Arteaga . Beggining in La Higuera, 1967 where the body of Ernesto Che Guevara is laid out and later secretly buried, Di buen dia a papa returns to this location over ten year intervals to focus on three generations of women affected by the event.