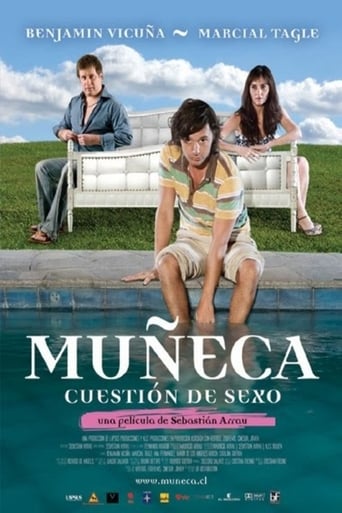 Muñeca is a movie which was released in 2008 Directing Sebastian Arrau, and was released in languages Español with a budget estimated at and with an IMDB score of 0.0 and with a great cast with the actors Benjamín Vicuña Marcial Tagle Catalina Guerra . Manuel (Marcial Tagle) and Pedro (Benjamín Vicuña) are extremely close friends. The first one is a women addicted while the other one is a solitary gay, happy with the social changes that are happening in Chile. Desperate because Pedro can't find his way in life, Manuel sets up him in a blind date with some 40's woman named Gabriela (Ana Fernández), who is also in a hurry looking for a man in order to get pregnant. New changes in Chile inspire Pedro to do something never imagined for gay people: Being father.