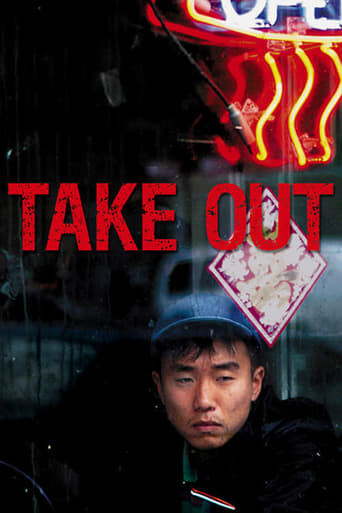 Take Out is a movie which was released in 2004 Directing Sean Baker, Shih-Ching Tsou, and was released in languages 普通话 | English with a budget estimated at and with an IMDB score of 4.7 and with a great cast with the actors Tanya Perez Eva Huang Charles Jang . An illegal Chinese immigrant falls behind on payments on an enormous smuggling debt. Ming Ding has only until the end of the day to come up with the money.