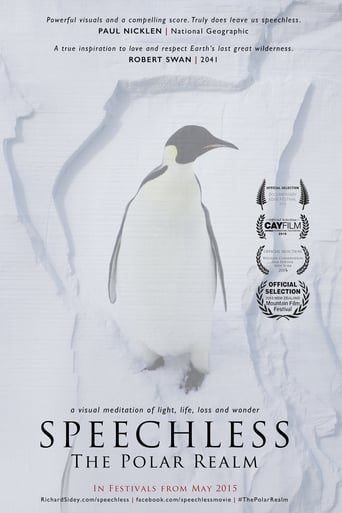 Speechless: The Polar Realm is a movie which was released in 2015 Directing Richard Sidey, and was released in languages en with a budget estimated at and with an IMDB score of 0.0 and with a great cast with the actors . Beautifully filmed by New Zealand nature photographer Richard Sidey over the past decade around the polar regions, Speechless: The Polar Realm is a visual meditation of light, life, loss and wonder at the ends of the globe.