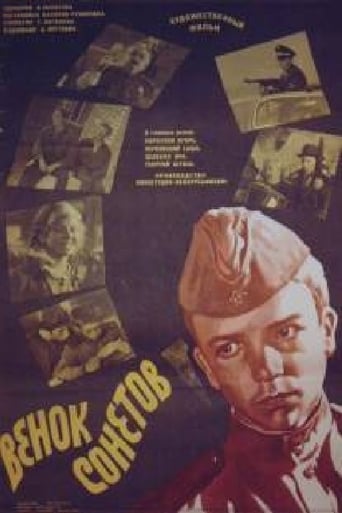 Wreath of Sonnets is a movie which was released in 1977 Directing Valeri Rubinchik, and was released in languages Pусский with a budget estimated at and with an IMDB score of 6.0 and with a great cast with the actors Georgiy Shtil Leonid Kmit Viktor Ilichyov . A story of two boys who obstinately, in spite of everything and everyone run to the front when the war was almost over.