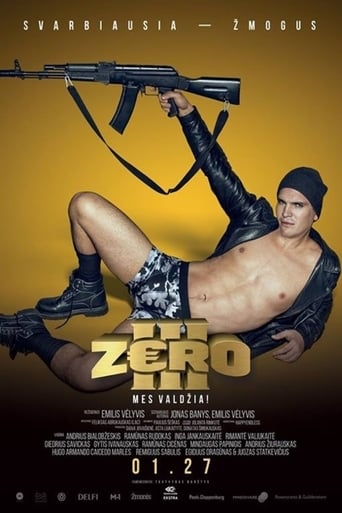 Zero III is a movie which was released in 2017 Directing Emilis Vėlyvis, and was released in languages Lietuvių with a budget estimated at and with an IMDB score of 7.8 and with a great cast with the actors Rimantė Valiukaitė Ramūnas Rudokas Inga Jankauskaitė . An outrageous crime - action - comedy examining corruption and greed in Lithuanian politics.