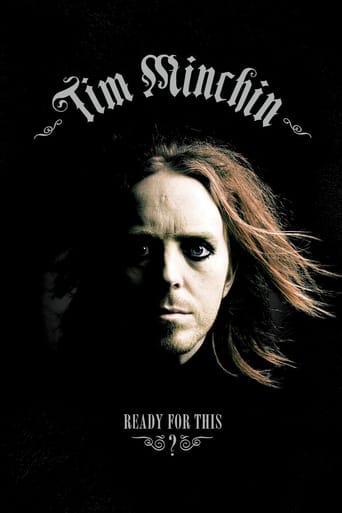 Tim Minchin: Ready for This? is a movie which was released in 2009 Directing and was released in languages English with a budget estimated at and with an IMDB score of 5.5 and with a great cast with the actors Tim Minchin . Filmed at the legendary Enmore in Sydney, Ready for This? contains new songs, new rants, a 9-minute beat poem about a hippy, and just enough of acclaimed Darkside and So Rock stuff to keep the old fans from rioting.