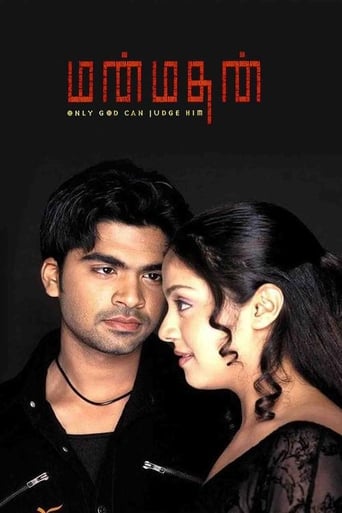 Manmadhan is a movie which was released in 2004 Directing Murugan A J, and was released in languages தமிழ் with a budget estimated at and with an IMDB score of 5.9 and with a great cast with the actors Silambarasan Mandira Bedi Atul Kulkarni . When Mythili meets Mathan, she's at once attracted and terrified since he looks exactly like the serial killer from her nightmares. In fact, he fits the description of a man who targets women in bars.