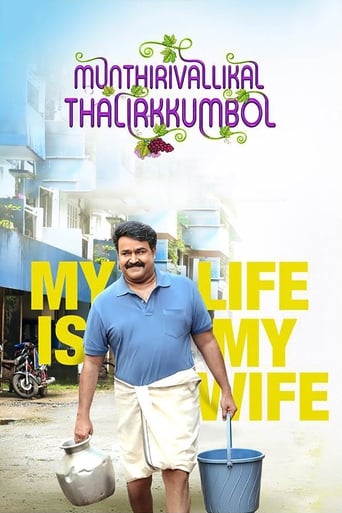 Munthirivallikal Thalirkkumbol is a movie which was released in 2017 Directing Jibu Jacob, and was released in languages with a budget estimated at $1,300,000 and with an IMDB score of 6.6 and with a great cast with the actors Kalabhavan Shajon Sudheer Karamana Rahul Madhav . Panchayat Secretary Ullahanan leads a monotonous life till a college reunion rekindles excitement in his 20-year-old marital life and infuses in him a renewed sense of purpose and love for everything that he once took for granted.